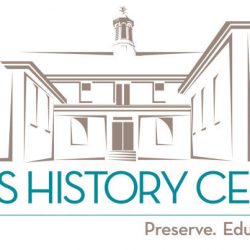 The Berks County Rock & Roll Hall of Fame (BCRRHOF) is a permanent exhibit at the Berks History Center (BHC) that commemorates Berks County’s legendary contemporary music scene and celebrates the musical talents and history that make Berks County’s cultural heritage so unique. “In Tune” was conceived and produced by BCRRHOF member, Robert Yost, who, in addition to being a talented Berks County musician, is an established professional graphic designer, photographer, and videographer.

Each episode of “In Tune” features interviews with Berks County musicians who share the history behind their music careers. BCRRHOF members such as Mark Burford, Mike Anderson, John King, Emily and Linda Holt, and Fred Bernardo are among the renowned Berks County musicians featured on the show.  Following the debut on September 4, 2018, new episodes will be released each Tuesday at 12PM on the BCRRHOF facebook page. “In Tune” will also be featured on BCTV.

“Berks County has a vibrant and longstanding music culture. The Berks County Rock & Roll Hall of Fame was created to honor the musicians who have helped to shape our local contemporary music scene. As the stewards of Berks County’s heritage we strive to celebrate all aspects of our local history and the music of the past 60 + years is an important part of that legacy,” said Sime Bertolet, Executive Director, The Berks History Center. ““In Tune” is another opportunity to share the history that matters to Berks County. In this case, we are using digital media to capture and share these stories.”

New members are added to the BCRRHOF each year during an Official Induction Ceremony at the BHC’s annual Magical History Tour concert. This year, the BHC inducted 30 new musicians and 6 new bands, including the 2017 People’s Choice Award winners, at the Magical History Tour concert on August 18, 2018. The 2018 People’s Choice Award poll is currently open for voting until November 18, 2018. Anyone world-wide can participate in the poll by visiting www2.readingeagle.com/BerksRockHall and selecting musicians or bands that they think deserve to be added to the  Berks County Rock & Roll Hall of Fame.