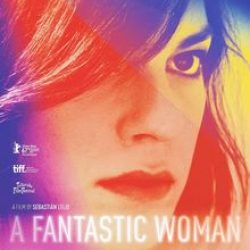 This fall, as part of the global studies degree program’s “Global Oscars Comes to Berks,” Penn State Berks will present several films during the fall semester beginning with A Fantastic Woman on Tuesday September 11, at 6:15 p.m. in room 5, Luerssen Building. All films are free and open to the public.

A Fantastic Woman is a 2017 Chilean film that received the Academy Award for Best Foreign Language Film. It tells the story of Marina and Orlando, who are in love. Marina is a young waitress and aspiring singer. Orlando is 20 years older and owns a printing company. After celebrating Marina’s birthday, Orlando falls seriously ill and Marina rushes him to the emergency room, but he passes away shortly after arriving at the hospital. Suddenly Marina is treated with suspicion by the doctors and Orlando’s family. Orlando’s ex-wife forbids her from attending the funeral and his son threatens to throw her out of the flat she shared with Orlando. Marina is a trans woman and for most of Orlando’s family, her sexual identity is an aberration, a perversion. Marina struggles for the right to be herself. She battles the very same forces that she has spent a lifetime fighting just to become the woman she is now–a complex, strong, forthright and fantastic woman.

Future films in the Global Oscars series include The Square on Oct. 9, The Insult on Nov. 6, and Loveless on Dec. 4.