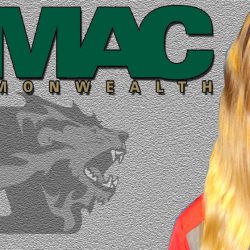 In a 2-2 draw with DeSales on Wednesday, the Boyertown, Pa. native spearhead a comeback effort with a goal in the 73rd minute to put the Lions on the board and notched an assist on a game-tying goal from junior Jillian Lapidus less than four minutes later.

Haley struck again with second half heroics in a 2-1 come-from-behind win over McDaniel on Saturday as she scored the game-tying goal in the 82nd minute.

This marks the second straight year that an Albright player has captured MAC honors in consecutive weeks after senior goalie Alexis Tunney won MAC Commonwealth Defensive Player of the Week last Oct. 9 and 16.

The Lions are back in action on Wednesday, Sept. 12, when they head to Delaware to battle Wesley College at 7 p.m.