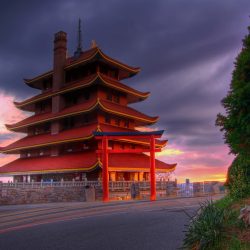 Wyomissing, PA — The Jewish Federation of Reading announces the fifth annual Reading Jewish Film Series beginning Wednesday, October 10.The Reading Jewish Film Series is co-sponsored by the Rubin Educational Fund of the Jewish Federation of Reading and Fox Theatres. All films will be shown on Wednesday evenings at 7 pm at FOX EAST, 4350 Perkiomen Avenue, Reading PA. Admission is $5 per film or $25 for the series of six films.

The Reading Jewish Film Series kicks off Wednesday, October 10, with the drama The Last Suit. At 88, Abraham Bursztein is seeing his place in the world rapidly disappear.  His kids have sold his Buenos Aires residence and set him up to move to a retirement home.  Instead, he plots a secret one-way trip to Poland to find the Christian friend who saved him from certain death at the end of World War II and to keep his promise to return one day.

The Last Suit was the winner of the audience award at Jewish Film Festivals in Philadelphia, Atlanta, Miami, and Washington, D.C. The film was made in Argentina and Spain, and the dialogue is in Spanish, German, Polish, and Yiddish, all with English subtitles.  It runs 92 minutes.

In honor of Hispanic Heritage Month and in partnership with Centro Hispano, there will be a complimentary empanada (Latin American stuffed pastry) tasting in the theatre lobby following the film.

Five other films will be shown as part of the The Reading Jewish Film Series.  Next,on November 28, is the Indian documentary Shalom Bollywood: The Untold Story of Indian Cinema, about the Jewish actresses who landed lead roles before Hindu and Muslim women were allowed on screen.   On January 9, 2019, the drama An Act of Defiance, telling the story of the lawyer defending Nelson Mandela in Apartheid South Africa, will be shown.  The Israeli romantic comedy And Then She Arrived will be shown on February 6, 2019.  Scandal in Ivansk a Polish/Israeli documentary, about post-war life in Poland, will screen in March 6, 2019, followed by a discussion led by Dr. John Incledon of Albright College’s Holocaust Studies Program. The series concludes on April 10, 2019 with documentary Heading Home: The Tale of Team Israel, which follows Israel’s National Baseball team competing in the World Baseball Classic for the first time.