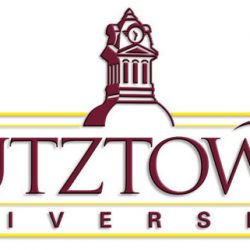 KUTZTOWN, Pa. – Dr. Bradley Shope has been named associate dean of the College of Visual and Performing Arts at Kutztown University.

Shope comes to KU from Texas A&M University in Corpus Christi, Texas, where he served as associate professor and chair of the Department of Music.

He began his tenure at KU on July 23.

“We are pleased to welcome Dr. Shope to the College of VPA,” said Dr. Michelle Kiec, dean of the College of Visual and Performing Arts. “He brings a wealth of experience in student success, assessment, and faculty development.”

Shope began his career at St. John’s University in 2004, where he taught for four years. He went on to teach at the University of North Texas for another two years before joining the faculty at Texas A&M as an assistant professor in 2010.He was promoted to chair of the Department of Music in 2016. Shope also served as director of the Center for Faculty Excellence and the assistant director for First Year Islanders, which focused on first-year student success projects, from 2010 to 2016.

“I am truly excited to be a part of the College of VPA at KU,” Shope said. “The college has a widespread reputation in the visual and performing arts. I look forward to contributing to the success of our students and to serving the institution to the best of my abilities.”

Dr. Shope has also presented and published in the area of student success, faculty development, and diversity & inclusion in higher education.  As the Director of the Center for Faculty Excellence at Texas A&M, Dr. Shope oversaw faculty-driven projects in the area of teaching & learning and research development, and he worked on collaborative projects with the American Association of Colleges and Universities, and Excelencia in Education.

Shope holds a bachelor’s degree in percussion from Indiana University Bloomington, and earned his Doctor of Philosophy in ethnomusicology from Indiana University Bloomington.  He has conducted field research on popular music in India, and has written two books on the topic: More Than Bollywood; Studies in Indian Popular Music (Oxford University Press, 2014) and American Popular Music in Britain’s Raj (Eastman Studies in Music Series of the University of Rochester Press, 2016).

The College of Visual and Performing Arts provides an innovative contemporary education to prepare future leaders in art, design, media, music and communication. ​The college has seen consistent growth in the past six years, going from an enrollment of 969 in 2012 to 1,619 in 2018.  It offers both graduate and undergraduate degrees with32 programs of study.

Visit the College of Visual and Performing Arts Website