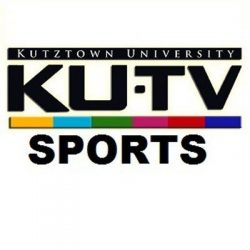 In addition to KUTV’s semester-long programming of 20+ live events, students from KUTV and the Live Event Production Class, under the leadership of department chair Cara Cotellese, will assist in KU’s nationally-streamed football showcase game, as selected by NCAA Division II. KU students will assist and work alongside Niles Media Group to gain invaluable experience from a professional production team.

“The Cinema, Television and Media Production department is thrilled to have been asked to cover championship events for the PSAC,” Cotellese said. “Not only is it an exciting time, but more importantly, it gives our students the opportunity to step up their game and produce live event coverage that will reach a much larger audience. We are really excited for this opportunity and appreciate the PSAC asking us to participate.”

“I am very proud of the growth that Professor Cotellese and the entire department has built for our students,” Dr. Michelle Kiec, Dean of the College of Visual & Performing Arts, said. “Our live production events have provided a tremendous opportunity for our students and built great exposure for our department and the university.”

Including the three featured events, all of KUTV’s broadcasts air locally both on TV and online.

For KU athletic events, fans can stream events through their televisions using the following devices: Roku, Amazon Fire, Android TV and Apple TV. To stream PSAC Network events through these devices, simply search for “PSAC” on any of the compatible devices, and download the free app.

Following a live broadcast, each game will be archived and available for viewing through the on-demand feature.