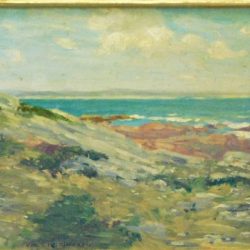 The show is a public-private partnership between The Renaissance Auction Group and BCTV. A portion of the proceeds will go to benefit BCTV. The show is slotted to run from 6 pm to 10 pm.

READING, Pa. – A 1958 Fender Stratocaster guitar in superb condition with corroborating serial number and dates on the body, U.S. and foreign coins and original artwork by names such as Andrew Wyeth, Moses Soyer and Alice Barber Stephens are just a few of the highlights that viewers can bid on when they tune in to Episode 1, Season 3 of Berks Community Television’s hit show Auction Action on BCTV, on Friday, November 2nd, at 6 pm Eastern time.

Auction Action on BCTV is a unique show that brings live auctions right into the living rooms of viewers. As before, the show will be hosted by Bill Howze, owner of The Renaissance Auction Group and host of BCTV’s All That Stuff show. At the beginning of the show, Mr. Howze will remind viewers how the auction format works and preview featured lots. All bidding is online.

The Stratocaster is the undisputed headliner of the show’s lineup. “The guitar has only had three owners,” Mr. Howze, said. “My client purchased the guitar in the late 1980s from a gentleman who obtained it in the early Sixties. Neither of them knew how to play the guitar, so the Stratocaster has been in its case for approximately 55 years. It’s time to free the Fender!”

Except for a small blemish on the reverse side of the body, the guitar is in pristine condition. Howze personally oversaw an extensive authentication effort, one that revealed the two correct date markings – “9/58” for the assembly of the body and “10/58” for the installation of the electronics. “This is a perfect example of the type of item one should place in an auction,” Mr. Howze said. “It’s an iconic guitar in high demand and in exceptional condition. Ultimately, the marketplace will determine its value.”

Also up for bid will be a silver repousse charger; a Stiegel-type bottle; a Stoddard type Demijohn bottle; a Durand art glass vase; a desk-top bronze of Napoleon by Emile Pinedo; and a Carvin Bunny Brunel BB 75Pelectric bass guitar. Currently being authenticated is a portrait of a young boy signed “Eakins” (as in Thomas Eakins). It will be included in the next episode of Auction Action on BCTV.

Individuals will be able to bid from anywhere in the world on their desktop or mobile devices. Berks County residents who have BCTV as part of their cable package will be able to view the show live and bid in real time. The show can also be live-streamed on BCTV.org. Viewers can bid live from anywhere in the world. It will be the fifth airing of the show, since its debut in 2017.

Already it’s attracted a following. “The show has grown its audience footprint in just a few episodes, with bidders logging in across the state and country,” said Heather Adams, Executive Director of BCTV.org. “Mr. Howze has set a fine precedent for curating unique and interesting items and we look forward to this next installation and the interesting stories of a new catalog.”

Mr. Howze said he and his auctioneer colleagues Phil Wesel and Brett Olson enjoy the challenge of bringing an unscripted live event to the television stage. “Auctions are like sporting events,” he said. “You never know what’s going to happen until you play the game. Sometimes it’s a romp, sometimes it’s a stomp. Sometimes it’s nip and tuck all the way. But it’s never boring.”

All lots have a starting bid of $5 and will sell to the highest bidder, regardless of price. Auction Action on BCTV is scheduled to air from 6 pm to 10 pm, but because of the nature of an auction, the show may run shorter or even longer. The show will be telecast live from the BCTV studio. BCTV is seen in 100,000 homes in Berks County, through Comcast and Service Electric cable.

Auction previews will be held at 1251 Chestnut Street in Reading (zip: 19602) Saturday and Sunday, October 27th and 28th, from 10 am until 2 pm Eastern time. Bidding will be driven through Bill Howze’s Renaissance Auction Group website, at www.auctionhowze.com. The show will be fast-paced – averaging one item sold per minute. Absentee bids will be accepted.

The Renaissance Auction Group is located at 1404 Friedensburg Road in Reading. The firm assists clients in the liquidation of tangible property, including antiques, collectibles, business inventories and commercial equipment, as well as residential, historic, commercial and agricultural real estate. Benefit auction consultation and production services are also provided. To learn more about The Renaissance Auction Group, visit www.auctionhowze.com.