Pennsylvania Capitol Lights Up for National “Lights On Afterschool” Celebrations 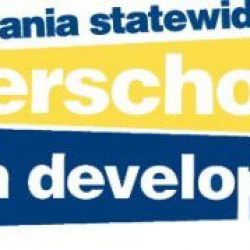 Harrisburg, Pa. — The Pennsylvania Statewide Afterschool/Youth Development Network (PSAYDN) announced today that nearly 300 programs across the state will sponsor Lights On Afterschool events on Thursday, October 25, 2018. Leaders in Pennsylvania call for expanding afterschool opportunities so that every child who needs a program has access to one.

The Pennsylvania Capitol will be lit in yellow as a celebration gesture for the event and in coordination with the iconic Empire State Building, which will light up the New York City skyline in support of Lights On Afterschool.

Governor Tom Wolf has proclaimed October 25 as Lights On Afterschool Day in recognition of the important role of afterschool programs in Pennsylvania. In his proclamation, Governor Wolf encourages the expansion of innovative programs and activities to ensure that the lights stay on and the doors stay open for all children after school. Governor Wolf stressed, “Quality afterschool programs engage students, including programs that provide hands-on, real world science, technology, engineering and math (STEM) projects to help build vital twenty-first century skills.”

A new national poll shows strong public support for afterschool. The September 2018 poll, sponsored by the Afterschool Alliance and conducted in partnership with Lake Research Partners, The Tarrance Group and Ipsos, shows that nearly 9 in 10 adults (89 percent) agree that afterschool programs are important to their community, with bipartisan and nationwide support for afterschool programs cutting across party lines as well as geographic regions. Among Democrats, 94 percent agree that afterschool is important to their community; and among Republicans, 86 percent agree. Support is highest in the West at 92 percent, followed by the Midwest and Northeast (90 percent) and the South (87 percent).

“Voters want their elected officials to invest in afterschool and summer learning programs,” said PSAYDN Director Laura Saccente. “This new polling finds that the public values these programs more than ever.”

The poll reveals 2 in 3 adults say they want their federal, state and local leaders to provide funding for afterschool and summer learning programs. Public support for investment in afterschool becomes more evident when presented with the possibility that program funding may be eliminated. The survey found that 7 in 10 adults are opposed to eliminating federal funds for afterschool programs, with more than half of adults in strong opposition (52 percent).

“We thank Governor Wolf and the Pennsylvania legislature for proclaiming their support for afterschool programs across Pennsylvania,” Saccente said. “These programs play a vital role in the lives of students and families by helping to provide safe, challenging and engaging learning experiences youth need to succeed in the classroom and prepare for long-term success.”

Lights On Afterschool celebrates the extraordinary work being done by students who attend afterschool programs. “It is a powerful reminder that afterschool programs offer a range of supports to schools, children and families,” Saccente added. “We know learning does not stop at 3 p.m.; but unfortunately, Pennsylvania does not have enough afterschool programs and too many kids are home alone in the afternoons or find themselves in unsafe environments.”

Participants in the Lights On Afterschool events include state legislators, mayors, school superintendents, as well as local business leaders, educators, parents and other officials. Attendees will see students conduct science experiments, perform athletic events, participate in games, the arts, music and showcases of other talent.

The events will highlight three of the significant contributions that afterschool programs make to Pennsylvania communities: keeping kids safe and healthy, inspiring them to learn, and relieving working parents of worries about their children’s activities during the afternoon hours. The day also signifies a call to work with policymakers to ensure more programs and funding for afterschool are available.

Launched in October 2000, Lights On Afterschool is the only nationwide event celebrating afterschool programs. The effort has become a hallmark of the afterschool movement and annually sees more than 1 million Americans participate at more than 8,000 events nationwide.  Pennsylvania is ranked sixth nationally in the number of registered Lights On Afterschool celebrations. A complete list of Pennsylvania celebrations is available at www.afterschoolalliance.org/loaFindEvent.cfm

For more information about Pennsylvania’s afterschool network, go to www.PSAYDN.org.