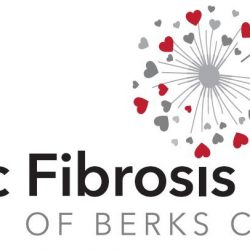 READING, PA – For the first time in 18 years, proceeds of Berks County’s annual gala to battle cystic fibrosis will be available to directly help those locally who are struggling against the disease.

As in past years, some of the event proceeds will still go toward national research.

A new partnership between local organizers of the event and Berks County Community Foundation will also allow proceeds from the fundraiser to directly assist families in this region that are impacted by the genetic disorder, said Brian F. Boland, one of the event’s three co-chairs.

“Our donors support efforts to research cures for this disease, but they also wanted their generosity to support local families,” said Boland, whose brother, Kevin, died of CF at age 39.

All of the proceeds will go to the new Cystic Fibrosis Fund of Berks County, which the Community Foundation administers.

Grants distributed from the fund will support cystic fibrosis research and the treatment and care of local individuals and families affected by cystic fibrosis, said Frances A. Aitken, senior vice president for finance and operations at the Community Foundation.

The gala has raised more than $1 million since it began, said Brad Weisman, event co-chair.

“We expect that success to continue,” Weisman said. “We’re getting a lot of local support for this effort, but we can handle as many sponsors as want to get on board.”

Galas such as these – featuring raffles, music, food and dancing – are key to raising money for research, said Suzy Lysczek, event co-chair.

“And now this gala will also raise money to assist people in our very own community,” Lysczek added.

The 18th annual Valentine’s Gala for the Cystic Fibrosis Fund will be February 9 at the DoubleTree by Hilton in Reading.