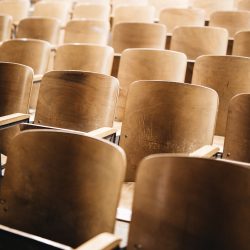 The Math Championship competition, sponsored by the Higher Education Council of Berks County – Albright College, Alvernia University, Kutztown University, Berks Campus of the University of Pennsylvania, and Reading Area Community College – has been held annually since 1991. Each year, these colleges and universities host on its campuses this competition for students and their math teachers from the eighteen public high schools as well as Berks Catholic. Teachers bring up to a three-member team to solve problems in algebra, trigonometry, probability and limits, and all math problems are solved without calculators within a limited amount of time.

The winning high school math team is awarded the “traveling” trophy to be displayed at their school and to be defended at the following year’s championship. Wyomissing High School is the defending champion (2017-18), unseating Berks Catholic’s team who held the trophy for two consecutive years.