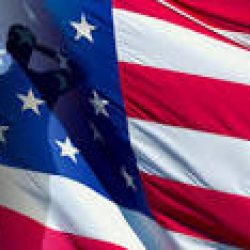 The Boyertown Rotary Club will sponsor its 18th Annual Salute To Veterans on Thursday, November 8th at 7:15 P.M.  St. John’s Evangelical Lutheran Church at 45 North Reading Avenue will be the host church for this year’s Salute which is also the 100th Anniversary of Armistice Day.  It was one hundred years ago at the 11th hour of the 11th day of the 11th month, November, that the hostilities of WWI ended.  It was meant to be the end of a war to end all wars.

We all know the end  of WWI was not the end of all wars as we have had WWII, Korea, Viet Nam, Persian Gulf Wars, Afghanistan and other conflicts in which our military services have called upon to serve with courage and in great danger.  It is more important than ever that we take the time to recognize, honor and thank the men and women, our veterans, for keeping us safe and free.

By coincidence, 2018 is also the 100th Anniversary of Irving Berlin having written the music and lyrics for God Bless America,  which will be a featured part of the program as sung by the East and West Show Choir.  This year’s Salute will have a USO Theme with several musical and dance groups featuring 1940’S music.  The Show Choir will also  lead the ever popular Armed Forces Salute recognizing and honoring veterans from the five military branches as they stand when their military song is sung.  Audience members are welcome to bring and display photos of family veterans as their service song is sung.