The Benefits of Listening to Music 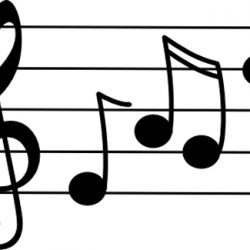 Hearing the beat to a pop song, or the chords to an instrumental song. It all serves the same purpose. To bring in the audience and get us to listen to their songs. But, these beats and chords hold a bigger power than we might think.

The average person listens to 4.5 hours of music per day, according to Nielson Corporation, which is a marketing research firm. So, in a week that is roughly 32 hours spent listening to music. That’s a lot, right? Nielson says, “That marks a substantial rise from less than 4 hours a day last year, per the report, which attributes the increase to the role of tech devices in music consumption.” As technology broadens its horizons, music is taking on an even bigger role. How many of you play music while working out, studying, cleaning up, doing laundry, sleeping, changing your clothes, or even when you’re bored and don’t know what to do? I bet we all do, myself included. It is something that naturally grabs our attention and puts us in a happy or calm mood.

So, what is it about music that makes us so attracted to it? Well, first off, some types of music are proven to improve our minds and performance in school. According to Harvard Medical School, “music — or at least some forms of music — acts as an “exercise” that warms up selected brain cells, allowing them to process information more efficiently.” There is such thing as the “Mozart effect”, which was an experiment that proved that people who listened to Mozart, compared to other music, boosted their IQ test scores. Another reason that music benefits school performance is because “Studies have also revealed that music helps in improving concentration”, according to NDTV writer Anisha Singh. There is something about the makings of a song that impacts our brains and helps us perform better.

One of the most common benefits of music is how it relieves stress. In New York, there was a study where 40 people with cataract volunteered to get a surgery and half the group was given music to listen to before, during, and after the operation, but not the other half. In the end, the half listening to the music felt calmer and more relaxed during the operation and the others blood pressure and heart rates were very high. Furthermore, songs with a slower tempo tend to alleviate stress and anxiety. Also listening to upbeat music will make you feel happier and more optimistic about life. Music is something that is able to calm the body and the mind instantly.

As the music industry gets even bigger over time, different types of music are being recorded. Each type of music makes us all feel different. It can automatically change our mood within seconds. How? It is all in the beats and melodies. Once the tune enters our ears, it goes through a complex path in our brains and ends up affecting our complete physical and mental state. If you want to try and relax yourself, the first step is to find music that you like. Then you can begin to calm yourself. This will vary based on personal interests. You could listen to instrumental music, nature sounds, pop music, classic songs, and really anything that you want. For me, I listen to river sounds when I am studying because that destresses my mind and body and gets rid of all my worries. I am just one example of how music can be a benefit to life.

In the end, music improves your academic performance, decreases stress levels, which then relates back to your physical and mental health, can bring you in or out of a mood, and can impact your life in many positive ways.