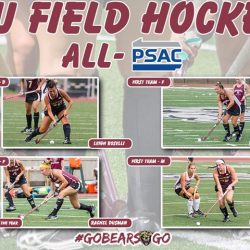 Dusman is KU’s first freshman major award winner since Erin Reynolds in 2010. The Chambersburg native finished with 13 goals and 12 assists for 38 points. The 12 assists is the most ever by a freshman in program history and her 38 points is the most by a first-year player since 2005. She was top-five in the PSAC in goals (fifth), assists (first) and points (fourth). 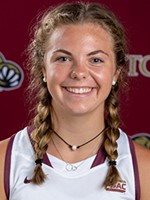 Dusman started in 18 games this season.

Wozniak had a breakout junior season. She started all 19 games and finished with career-highs in goals (21), assists (3) and points (45). Wozniak led the PSAC in both goals and points, and was in the top-five in Division II in goals scored.

In program history lore, Wozniak’s 21 goals ranks third for the most in a single season and the 45 points is fourth. The Plains native has 37 career goals, which is tied for seventh all-time at KU.

Fuhrman started in all 19 games this season, recording five goals and 11 assists. She ranked second in the PSAC in assists.

The Lancaster native was an integral role to the historic season, contributing on both sides of the field, offensively and defensively. Fuhrman was voted PSAC Athlete of the Week on Oct. 30, after scoring a goal and adding two assists in an undefeated week which included defeating No. 1 West Chester.

Roselli was in the starting lineup for all 19 games on a KU defense which allowed just 17 goals all season, third in the PSAC. She finished third on the team with six assists, seventh in the PSAC, while also being the primary penalty corner taker.

Kutztown finished the 2018 campaign 14-5 overall, its most wins since 2007. KU also played in its first PSAC Tournament since 2015. It will return a large majority of its roster for a chance at an even deeper postseason run in 2019.