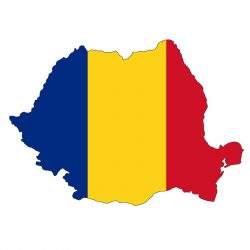 “Ce-ţi doresc eu ţie, dulce Românie, tara mea de glorii, ţara mea de dor”(Mihai Eminescu). This is the start to the poem “Ce-ţi Doresc eu ţie, Dulce Românie” by the famous Mihai Eminescu, a revered poet by the Romanian people and one whose name is synonymous with Romanian history and culture. The translation is roughly “what do I want from you, sweet Romania, my country of glory, my country of longing” and goes perfectly with the historic Romanian event taking place this year.

That event is the hundredth year that Romania has been united since 1918 when the national state of Romania was joined with its provinces into one united country. Thus the name “Marea Unire”becoming commonplace to refer what truly was a “Great Union” for the Romanian peoples.

Now what does this have to do with the United States, much less Berks County? The Romanian population of Berks County has grown to a population of above five thousand residents many of whom are still first generation residents that have maintained a love for their home country. To get a better understanding of the Romanian people and culture it is essential to learn a few things about the background of Romania. The region in which what would eventually be called Romania was first conquered by the Romans around 87 A.D., which explains the root of the word Romanian as well as the influence Latin has on the Romanian language. Through thousands of years of various kings and rulers it came time for the Romanian people to finally be wholefully united in 1918.

Romania is famous for its incredible scenery, passionate people, as well as the household name of Dracula being inspired by the Transylvanian landscape in Romania. Because of this passion felt by Romanian people for their country it will be commonplace to see them celebrating throughout this year, even more than usual, as there culture and history is being celebrated during the year. As the great poet Mihai Eminescu finishes his poem “Ce-ţi Doresc eu ţie, Dulce Românie”, with “Vis de vitejie, fală şi mândrie, dulce Românie, asta ţi-o doresc!” it is a perfect representation that “A dream of bravery, lust and pride, sweet Romania, that’s why I want you!”