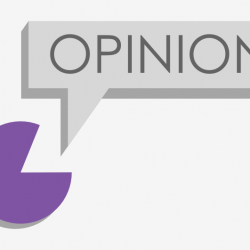 Have we seen high tide for Republicans in Pennsylvania?

From the Civil War until the mid-20th century Republicans dominated Pennsylvania politics, gradually giving way to a shared power two-party system by mid twentieth century. But by the early 21st century Republicans had reestablished control over state politics, coming to control the state legislature by overwhelming numbers as well as the state’s congressional delegation.

As recently as four years ago, the GOP controlled the governor’s office, maintained unchallenged control of both houses of the state legislature, and dominated the state’s congressional delegation, holding  three of every four seats. Few if any political parties outside the southern states have enjoyed such a hegemony lasting as long as Pennsylvania’s GOP.

But now the party may be facing long-term decline after some 160 years of party ascendancy.

Evidence for that conclusion is abundant:

So, have we seen high water for a once dominant party now showing some cracks in a façade of invulnerability? If demographics are destiny, Republicans are in trouble, anchored in a constituency of mostly white, lesser educated, older voters– while their support is hemorrhaging among women, minorities, more educated, younger and suburban voters. Women voters are an especially acute problem for Republicans with exit polls from the recent gubernatorial election showed Democrat Tom Wolf winning a stunning 65% of the female vote while ticket mate Senator Bob Casey won 63%.

But, betting against a party that has made an art form of reinventing itself for some 160 years may be a bad bet. Certainly, Pennsylvania Democrats have regularly demonstrated their talent for rescuing defeat from the jaws of victory. Hoping for Democrat ineptness however is not going to solve the deep problems confronting the GOP. Republicans must do that themselves.