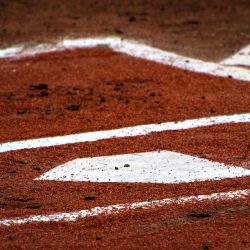 (Reading, PA) – The Reading Fightin Phils have announced two new hires that are effective immediately.  R- Phils General Manager Scott Hunsicker made the announcements.  The R-Phils have proudly hired from within their successful internship program.

Nicole Fetchko, a member of the 2018 internship class, will now take the role as Extra Events Manager.  Fetchko is a 2010 graduate from Parkland High School.  After graduating high school, she started her college career at West Virginia University.  With a change of major, she transferred to the University of Pittsburgh to study dentistry.   Changing majors one last time, she graduated closer to home, from Kutztown University in 2018.  She graduated with a degree in Sports Management & Leisure Studies with a minor in fitness, earning her personal trainers certification as well.

Prior to becoming a full-time employee with the R-Phils, she was a full-time promotions intern with the organization in the 2018 season.  Fetchko grew up in the Lehigh Valley and now resides in Reading.

Nick Mayer, also a member of the 2018 internship class, has been hired as a Group Outings Manager.   Mayer, a native of Hamburg, graduated from Hamburg Area High School in 2012.  He went to college at Lock Haven University and graduated in 2016 with a Bachelor of Science.  Mayer played offensive tackle for Lock Haven and played for Hamburg in high school.  He’s also a member of the coaching staff for Hamburg Area High School.

17 of the 22 front office members were initially interns for the organization before being hired full-time.

Here’s a list of the R-Phils Front Office Staff:

America’s Classic Ballpark is proud to be a part of Pennsylvania’s Americana Region and was voted the #1 stadium in all of Double-A by MiLB’s Ben Hill.  Individual and group tickets are available online at Fightins.com, by phone at 610-370-BALL, and in-person at FirstEnergy Stadium.  Follow the R-Phils on Twitter at @ReadingFightins and like them on Facebook via www.facebook.com/fightins.