from the Office of Senator David Argall 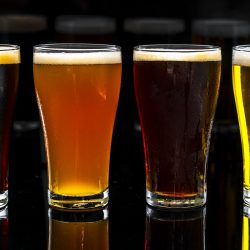 POTTSVILLE – This month’s local TV program by Senator David G. Argall (R-Schuylkill/Berks) focuses on a recent roundtable discussion between the Senate Majority Policy Committee and local elected leaders and business professionals to discuss the positive economic impact that breweries can have on their communities.

“There are so many communities throughout the nation and throughout the Commonwealth right now that are trying to figure out the best way to breathe new life into their downtown,” Senator Argall said. “These breweries like Yuengling and others represented at the roundtable discussions we held across the state can help lead the way to economic revitalization.”

With the growth of the craft beer industry in Pennsylvania, many officials around the state have sought ways on how to capitalize on their success. Brewers can form special partnerships with communities in order to fix up blighted buildings as well as hire employees from the community’s population.

“I would recommend that local leaders from struggling communities across Pennsylvania look at the discussions that we held in Pottsville, Hershey, Croydon and Manheim” Argall continued.  “If you want to look at new ways to revitalize your communities and bring more jobs to the area, this may be a great place to start.”

This edition of the Argall report will air on Berks Community Television (Comcast – Channel 15 and Service Electric – Channel 19) on Thursday at 8 p.m. and Friday at 6 p.m. and will stream live online at www.bctv.org.