From the Santander Arena 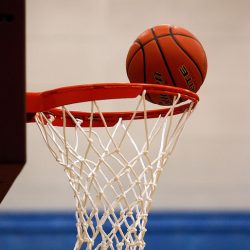 The Santander Arena, located in downtown Reading, seats 7,000 patrons for basketball, and has been the home to the Boys & Girls BCIAA County Playoffs since 2004.

“District III is excited to bring the 5A Girls, 6A Girls and 6A Boys Championships to Santander Arena on Friday, March 1,” said Dave Bitting District III Basketball Chairman and Athletic Director at Lower Dauphin High School.  “This marquee evening of hoops will be played in a spectacular venue in front of the basketball crazed fans of Berks County and the City of Reading.  District III thanks Mark Wallace and Jesse Garwood, SMG Management and Santander Arena for making this evening possible and is most excited for this opportunity,” concluded Bitting.

“We are very excited to showcase the Santander Arena and the City of Reading to our neighbors in the surrounding counties,” said Mark Wallace, General Manager of the Santander Arena.  “This is one of District III’s premier championship events and we are looking forward to this opportunity to host, and appreciate the efforts of District III and the B.C.I.A.A. in helping to make this event happen in Reading.”

“This is an exciting time for Berks County basketball fans in having the District III Basketball Championship games at the Santander Arena,” said Kerry Ciatto, Executive Director of Berks County Interscholastic Athletic Association. “Hopefully our 6A boys’ and girls’ and 5A girls’ teams can get to the championship and have the title game in our own backyard.  The Santander Arena staff will provide the teams and fans a first-rate experience.”

In March of 2017, the Santander Arena hosted several PIAA State High School Basketball Playoff Games, in addition to the Miami vs La Salle NCAA Men’s Division I Basketball Game.  This game marked the homecoming of Reading High star, Lonnie Walker, who played for the Miami Hurricanes as a freshman.  Walker entered the NBA draft after his freshman season and was a #1 draft pick of the San Antonio Spurs in 2018.