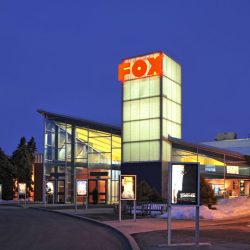 Experience the best of live opera on the big screen

Wyomissing, PA  — Fox Theatres announces the addition of the 2018/19 season of the Met Opera’s award winning Live in HD series to Fox Berkshire in Wyomissing.

Featuring opera’s celebrated stars as well as rising new artists, the new season features incomparable performances, including classic and new productions. All events are on Saturdays, broadcast live from the stage of the Metropolitan Opera in New York.

“The Metropolitan Opera is the best in the world, and we are thrilled to show their work live from New York City, recorded for cinema. Our patrons have the best seat in the house, and they can enjoy a freshly made meal or drink from Fox Kitchen & Bar and then relax in a recliner,” said Don Fox, President of Fox Theatres.

In addition to Met Opera’s Live in HD series, Fox Berkshire will now show other live events, such as boxing matches (including Canelo vs Rocky on December 15 at 9pm) and more. These live events will add to an already rich line up of classic movies, world-renowned performances filmed for cinema, and special lobby events like movie trivia and face painting.

For more information on the following shows and to purchase tickets, visit www.foxshowtimes.com/events:

Cilea’s Adriana LeCouvreur – Saturday, Jannuary 12, 2019, 12:55pm
For the first time at the Met, Anna Netrebko sings the title role of Adriana Lecouvreur, the great 18th-century actress in love with the military hero Maurizio, sung by Piotr Beczala. Gianandrea Noseda conducts Cilea’s tragedy, directed by Sir David McVicar, with the action partially set in a working replica of a Baroque theater. The cast also features Anita Rachvelishvili as the Princess of Bouillon, Adriana’s rival for Maurizio’s affections, and Ambrogio Maestri as Michonnet.