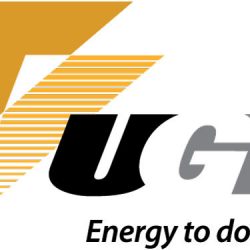 The Colebrookdale Railroad recently conducted a lighting ceremony for the first two of a planned 50 Victorian gas lamps that will illuminate its historic Boyertown railyard. UGI donated the installation of the fuel lines that will provide natural gas to the lamps. While the first lamps were lit just in time for the Christmas season, the railyard will eventually become one of the largest gas lamp districts in the Northeast United States. 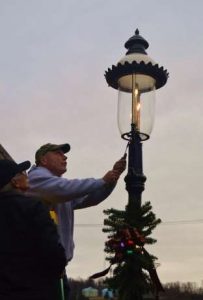 The first gas lamp is lit at the Colebrookdale Railroad

The partnership between UGI and the communities it serves extends to the volunteer efforts of its employees, and that commitment is on full display during the holiday season. UGI employees have shared their spirit of the season in a variety of activities that support a wide range of community organizations across Pennsylvania in providing food, clothing and gifts during the holidays.

As an example, employees delivered gifts to more than 60 children in Head Start programs in Luzerne County and Scranton. Don Brominski, UGI senior manager of business development, played the role of Santa during one of the events.

UGI offices across the Company service territory also provided gifts through the Salvation Army Angel Tree program, an annual event that benefits both children and senior citizens. At the UGI Stone Pointe (Berks County) office, once employees acquired gifts for all names on the tags, the Giving Tree was covered with hats, gloves and scarves that were donated to Opportunity House. A similar drive in UGI offices in Reading benefited New Journey Community Outreach.

In Harrisburg, UGI employees assisted the Salvation Army Capital City Region with both the Red Kettle Drive and the organization’s Adopt-a-Senior program. The Salvation Army provided the names of senior citizens, along with a list of suggested food items. UGI employees secured the food and delivered to those in need. UGI also co-sponsored the annual Salvation Army Coats for Kids program on air on WGAL-TV, which assisted individuals in communities across the Susquehanna Valley. UGI volunteers staffed the phone bank during the last hour of the drive, and UGI presented a donation check on-air.

Food drives also were conducted in a number of UGI offices: in UGI’s Middletown and Lancaster offices, food was collected for the Central Pennsylvania Food Bank, and in the UGI Wilkes-Barre office, items were collected on behalf of the Commission on Economic Opportunity.

UGI employee volunteers created fun experiences for children as well. Volunteers hosted a holiday party in Reading for children at the Olivet Boys and Girls Club Center for the Arts, where volunteers organized various holiday-related games and activities and provided a hot meal. A visit by Santa and Mrs. Claus, played by UGI meter shop employee Jim Rhodenizer and his wife, Pat, wishing good cheer to all, capped a memorable evening.

UGI Utilities’ headquarters is located in Reading, Pennsylvania. The utility serves 700,000 natural gas and electric customers in 45 counties in Pennsylvania and one county in Maryland. Additional information about UGI is available at www.ugi.com, on Facebook at www.facebook.com/ugiutilities or on Twitter
at www.twitter.com/ugi_utilities