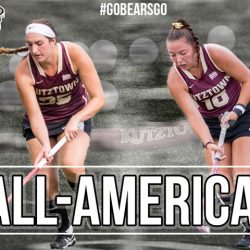 Fuhrman garnered First Team honors while Wozniak received Second Team accolades. That pushes the program’s numbers to 41 total All-Americans, with KU earning at least one player on the team for the sixth consecutive season.

“I am so proud of Mack and Kyra for being named All-Americans for the second year in a row,” said head coach Marci Scheuing. “All-American is hard to accomplish one year, let alone two years. They are both truly deserving of this honor. It is so much fun to coach players as skilled as the two of them. They are both part of such an amazing junior class and I am very excited to see where the two of them and the rest of the class take us next year!”

It was the second consecutive year Fuhrman was voted to the First Team. She is also a two-time, First Team All-Pennsylvania State Athletic Conference (PSAC) member, having received the honor each of the last two seasons. 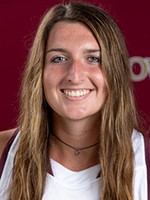 The Lancaster native started all 19 games during her junior season in the middle of the field and finished third on Kutztown with five goals and was second with 11 assists, which ranked second in the PSAC. Her 20 career assists ranks eighth all-time in program history.

Wozniak was voted to the NFHCA Second Team in 2017 as well. She is also a two-time All-PSAC First Teamer, having been voted to the top team the last two years. 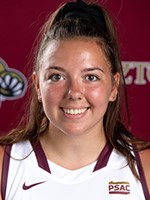 The Plains native had a breakout junior campaign starting all 19 games. She led KU with 21 goals and was fifth with three assists for 45 points, third in the PSAC. Her 21 goals is tied for third-most in a single season at KU and the 45 points ranks fourth. She has 37 career goals which ranks seventh all-time at KU.

The Golden Bears were 14-5 overall, their most wins since 2007. KU also played in its first Pennsylvania State Athletic Conference (PSAC) Tournament since 2015. It finished year ranked ninth in Division II and held a national ranking for nine straight weeks, all but week one.