from the Office of Senator David G. Argall 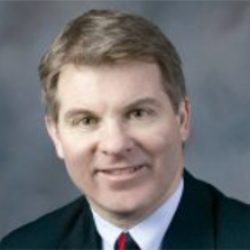 The hearing took place earlier this year and also featured testimony from Secretary of Corrections John Wetzel, Jason Bloom, President of the PA State Corrections Officers Association, Harry Dannehower, Legislation Liaison of the PA State Troopers Association, and Teri Ooms, Executive Director at the Institute for Public Policy and Economic Development at Wilkes University. Senate Bill 748 was signed into law by Governor Wolf on October 24 and became Act No. 133 of 2018.

“This is an issue that I had received literally 5,000 letters and emails from my constituents all across Schuylkill and Berks Counties,” Senator Argall said. “The Governor had threatened to close down several state prisons including SCI Frackville and had only given the announcement 20 days before the proposed closure decision.” SCI Frackville would remain open after it was determined that the facility was too important to close down.

A bipartisan group of Senators wrote Senate Bill 748 which now establishes a minimum of seven months’ notice.  Under the bill, the state must notify state and local stakeholders, including local lawmakers, at least three months prior to a planned facility closure announcement. The agency seeking the closure must thoroughly review any local implications of the planned closure as well as hold a public hearing in the county where the facility is located. The agency must provide a written report detailing the recommendations to the Governor and leaders in the General Assembly.

“We were able to pass this law unanimously and it was signed by the governor. Bipartisanship ultimately ensured that this legislation crossed the finish line,” Argall noted.

This edition of the Argall report will air on: