from PA Department of Human Services 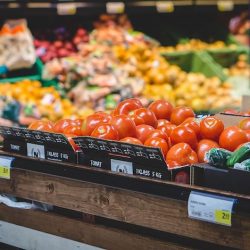 Washington, D.C. – Department of Human Services (DHS) Secretary Teresa Miller joined advocates and researchers Wednesday to discuss hunger on college campuses and how the Wolf Administration is addressing hunger among students in Pennsylvania. The briefing, which was sponsored by MAZON: A Jewish Response to Hunger and the Hope Center for College, Community, and Justice and hosted by the offices of Sens. Ed Markey, Patty Murray, Debbie Stabenow, and Elizabeth Warren, followed the release of a national report on the issue of food insecurity among college students.

“We all know the costs associated with college – tuition, books, and supplies – but that is just the beginning. A person still has to afford their housing, transportation, and other basic needs like food,” said Secretary Miller. “When a person pursues higher education, even at a part-time level, that takes time away from working to afford basic needs. This can force people to make hard decisions and sacrifices to make ends meet.”

In January 2018, DHS announced a change to Supplemental Nutrition Assistance Program (SNAP) eligibility requirements for community college students. Under the new policy, community college students enrolled at least part-time and in a qualifying career or technical education program under the Carl D. Perkins Vocation and Technical Education Act or a program preparing students for a high-priority occupation may receive SNAP benefits if they otherwise qualify for the program. Examples of high-priority occupations set by the Department of Labor & Industry include jobs in technology, education, health care, human services, law enforcement, and skilled trades.

Before the policy change, individuals who were attending school had to meet exemptions such as working more than 20 hours a week, caring for a child under the age of 6, or having a medical barrier to employment in order to qualify for SNAP while attending school.

“Education is often essential to securing a family-sustaining job and reaching economic independence, and government should look for ways to support our constituents as they make this investment,” said Secretary Miller. “Higher education doesn’t just benefit the students themselves – it also benefits our communities, and our state’s economy, for years to come.”

The Blueprint was released in September 2016, to address hunger in PA, and as a response to Governor Wolf’s executive order establishing the Governor’s Food Security Partnership. The Partnership includes the departments of Aging, Agriculture, Community and Economic Development, Education, Health, and Human Services.

Since the release of the Blueprint, the Wolf Administration has worked toward the Blueprint’s goals of reducing hunger and food insecurity in Pennsylvania by:

Other initiatives in the Blueprint include:

For more information on the Blueprint for a Hunger-Free Pennsylvania, click here.