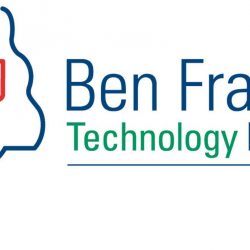 With a focus on startups and innovation, Ben Franklin Technology Partners (BFTP) remains a powerful job creation and high-tech economic development engine for Pennsylvania, according to the latest independent economic analysis of the organization. But state funding shortfalls are starting to curtail the partners’ ability to fund companies appropriately, creating missed opportunities.

An in-depth analysis from two nonpartisan research organizations, The Pennsylvania Economy League and KLIOS Consulting, found that Ben Franklin helped to create 11,407 high-paying jobs, generated $386 million in tax receipts for the state, and boosted the commonwealth’s overall economy by $4.1 billion between 2012 and 2016.

Every dollar invested by the state into Ben Franklin generates $3.90 in additional state taxes, the analysis found.

“Ben Franklin is a driving force in our region that actively supports the crucial role that technology-based start-ups and innovation-led manufacturers play in the Pennsylvania economy,” said R. Chadwick Paul, Jr., President and CEO of the Ben Franklin Technology Partners of Northeastern Pennsylvania. “In order to keep our communities competitive in today’s global marketplace, we must continue to invest in and grow innovative ecosystems. In so doing, we will create and retain the well-paid, technology-based jobs sought by Pennsylvanians of all ages.”

Ben Franklin Technology Partners serves all 67 counties through four regionally based centers. Each center is united by a single mission — to invest in early-stage innovation-led firms and to develop and support a more competitive and attractive Pennsylvania economy that creates highly paid, sustainable jobs. The partners also work with the state’s manufacturers to help them apply product and process innovations that enable them to be more internationally competitive.

According to the analysis, “The Economic Impact of Ben Franklin Technology Partners,” which represents the fifth in a series and covers the period from 2012 to 2016:

Since its inception, Ben Franklin has invested in more than 4,500 technology-based companies and boosted the state economy by more than $25 billion, helping to generate 148,000 jobs through investments in client firms and spinoffs companies in Pennsylvania.

The findings of this analysis come at a critical time for Ben Franklin.

Not only is competition fierce with other states launching and investing in their own high-tech economic development programs, but state funding for Ben Franklin Technology Partners has declined sharply over the years.

Since 2007-08, state funding for Ben Franklin has dropped more than 50 percent, from roughly $28 million to $14 million per year. Because of diminished state funding, Ben Franklin, which relies on state funding, already has been unable to invest in some deserving companies and has seriously short-funded others. Efforts to bring new customers and product innovations to small manufacturers also are hurt.

Still, the Ben Franklin program is among the most widely known and emulated state technology-based economic development programs in the nation, supporting fledgling enterprises at their most vulnerable point — the early stages of commercialization and market development.

The clients in these industries are innovative and technology-intensive, investing in research and development, intellectual property, capital equipment, and highly skilled labor.

The full study is available at www.benfranklin.org. For more information about Ben Franklin Technology Partners of Northeastern Pennsylvania, visit www.nep.benfranklin.org.