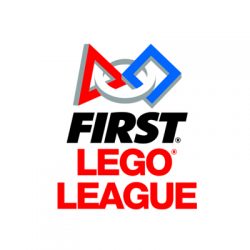 READING, Pa. — The innovators of tomorrow will be practicing imaginative thinking and teamwork at the FIRST LEGO League Challenge, set to run from 7 a.m. to 6 p.m. on Saturday, January 26, 2019, with a snow date of Saturday, Feb. 9. This is the third consecutive year that the event will be held at Penn State Berks.

In FIRST (For Inspiration and Recognition of Science and Technology) LEGO League, teams (up to 10 members, grades 4-8), guided by two or more adult coaches, research a real-world problem and are challenged to develop a solution. They also must design, build, and program a robot using LEGO MINDSTORMS®, then compete on a table-top playing field. Participants develop valuable life skills and discover exciting career possibilities while learning that they can make a positive contribution to society.

Some parts of the challenge are open to the public, including the opening ceremony at 8 a.m., the tournament table practice rounds at 9 a.m., the official robot competition rounds from 1:15–4:10 p.m., and the closing ceremony at 5:30 p.m., all held in the Beaver Community Center.

This year’s tournament will include five local teams from Berks County. They include Turtle Techno composed of community members from the Blandon area, the High Point Eaglbots from High Point Baptist Academy in Geigertown, OVES Lynx Leaders from Oley Valley Elementary School and OVMX Scratch from Oley Valley Middle School, and Bots to New Heights from Brandywine Middle School in Topton. The event will include 56 teams in total–up 12 from last year’s total of 44 teams. A total of nearly 550 participants and coaches will be involved in this year’s event.

While four of the teams are from local schools, the Blandon area team is composed of children of faculty, staff, and students from Penn State Berks. They are coached by Dr. Jill M. Guza Felker, laboratory manager for Biochemistry and Molecular Biology and adjunct instructor in Microbiology, Biology, and Chemistry at Penn State Berks. She and her husband Brian coach the team during the evening in the college’s Gaige Technology and Business Innovation Building.

Kathleen Hauser, instructor in engineering at Penn State Berks who is coordinating the project, explained that the Challenge, based on a real-world scientific topic, has three components: the Robot Game, the Project, and the Core Values. Teams of students participate in the Challenge by programming an autonomous robot to score points on a themed playing field (Robot Game) and develop a solution to a problem identified by the challenge (Project), all guided by the FIRST LEGO League Core Values.

This season’s Challenge is “Into Orbit.” For the Project, each team will identify a human physical or social problem faced during long duration space exploration within our Sun’s solar system, design a solution, and share their problem and solution with others.

Nearly 100 Penn State Berks faculty, staff, and students, as well as volunteers from the local community, will help to run and judge the tournament and referee the robot competition. In future seasons, the region will have both qualifying tournaments and a final championship tournament.

Hauser said that Penn State Berks students will learn the value of sharing their time at an event that engages children in the community in a STEAM activity. “We are engaging our youth in the science, technology, engineering, arts and math fields and having a whole lot of fun doing it,” said Hauser.