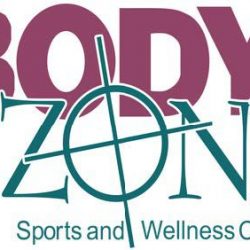 Wyomissing, PA – Beginning on Monday, January 21, Body Zone Sports and Wellness Complex will hold a 10-day ice skating camp  for 13 South American ice skaters ranging in ages 7-25. Seven skaters are from Brazil, and six are from Chile. Area families will open their homes to the entire delegation of 30 including skaters, coaches and family members.

The camp was developed and organized by Body Zone Ice Skating Instructor Andrei Lavrentiev. As Brazil’s International Skating Union advisor, official trainer and coach, Lavrentiev was charged with the mission of creating a camp in the United States to help grow the sport in South America. The goal is to enhance skaters abilities on a larger and official ice rink, rinks in South America are often small and of poor quality, as well as their confidence and techniques.

Lavrentiev and Body Zone Director of Skating Programs Audrey Turner will be running the camp, along with South American coaches who will be assisting, especially with language.

The group is looking forward to skating on a full-sized ice rink for the first time, using a harness and other new devices, to practice and learn new techniques. Skaters will train for two hours on the ice each day, and participate in off-ice training utilizing Body Zone’s fitness resources to develop endurance and stamina. Lavrentiev and Turner say they ultimately hope they can pass on new skills, techniques, information and their true passion for ice skating to the skaters from South America.

“We can’t wait to welcome this group to the U.S. They are all very excited and for some this is their first time outside of their country.” say Lavrentiev. “They see us as one of the biggest figure skating countries where knowledge and infrastructure correspond to their dreams of opportunities in the sport. Also, being able to learn from an international coach with my experience will certainly build the confidence they need.” Lavrentiev skated at the national level in Russia and has skated professionally in several world-famous ice productions including Moscow on Ice, Torvill and Dean and Disney on Ice.

Lavrentiev’s senior-level coaches and former students will provide coaching support as well. These skaters include Hannah Shelly, Nadia Bauer, who just returned from a six-week performance schedule in Brazil, and Leocadia Lellig who is currently touring with Disney On Ice.

On Tuesday, January 29, Joan Gruber, a local Olympic judge, will visit with the skaters to share her life story.