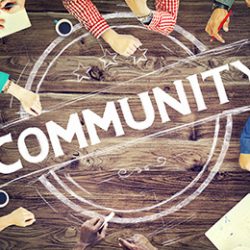 A new monthly program at Penn State Berks titled “Berks Community Connections” is opening the door to various cultures around the world. For the January program, Dr. Cheryl Nicholas, Associate Professor of Communication Arts and Sciences at Penn State Berks, will give a presentation on Malaysian ghost stories and how they are a part of the Malaysian culture’s communication through storytelling. The event will also feature Malaysian food and desserts. This event will be held on Friday, January 25, 2019, at 5 p.m. in the room 20 of the Luerssen Science Building, and it is free and open to the public.

Nicholas, who is originally from Malaysia, conducts research on Malaysian ghost stories. She explained in a previous interview, “Narratives are how we make sense of the world and reflect and constitute our social realities. Ghost stories are a form of narrative that play a particularly important role in cultures that have traditionally subscribed to a more mystical worldview.”

In February, during Black History Month, students of Black Student Union and the Berks Diversity Committee will co-host “Being Black at Berks, A Cultural Showcase of Black Culture” on Friday, February 8, at 5 p.m. in the Perkins Student Center Multipurpose Room. The evening will include different forms of spoken word poetry, hair and fashion shows, a performance by the Berks Step Team, and light refreshments. This event is free and open to the public.