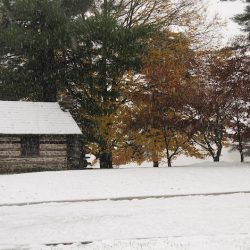 HARRISBURG, Pa. – A package of public-lands bills that would preserve and strengthen the nation’s most popular conservation program has broad, bipartisan support.

The Land and Water Conservation Fund distributes money collected as royalties on offshore oil and gas leases and uses it to preserve natural areas, water resources and cultural heritage sites, and to provide recreational opportunities across the United States.

The funding stream has benefited virtually every county in the country. It was created in 1964, but last year, Congress allowed the fund to expire.

According to Tracy Stone-Manning, vice president of public affairs at the National Wildlife Federation, the Senate overcame deep partisan divisions to pass a public-lands bill last week that includes permanent reauthorization of the fund.

“This one issue – the ability to bring people together around public lands, around protection of our wildlife – has punched through as something that is so uniquely and beautifully American that it has brought the Senate together,” said Stone-Manning, “and we’re hoping it does the House as well.”

More than 1,500 projects across Pennsylvania have received funds from the Land and Water Conservation Fund. The House is expected to vote on the bill next week.

Funds from the program have helped preserve such historic sites as Valley Forge, and improve access to areas for hunting and fishing.

As Arce put it, “It’s important because it often provides the only means to experience the outdoors, because this program supports local and municipal parks and projects.”

She added that the impact on public lands from the recent government shutdown highlighted the need for bipartisan action to protect parks and recreation areas.

Polls show that almost three-quarters of all Americans want the Land and Water Conservation fund to be reauthorized and fully funded.