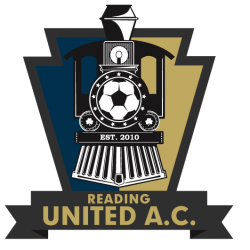 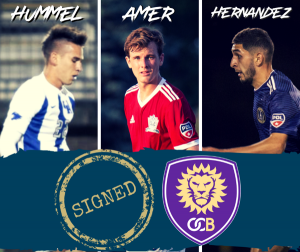 Amer joins Orlando after having a successful youth career with various developmental academies, including Orlando City’s U-15/16 squad from 2015 to 2016. Austin appeared in three games for United during their remarkable 2018 season, helping Reading cap their undefeated run towards the playoffs.

Hernandez leaves American International University after his junior campaign, where he scored three goals with two assists for the Yellow Jackets. Steven saw time with Reading early on in their 2018 season, playing 78 minutes against Lehigh Valley United, and also played a part in Reading run to the second round of the U.S. Open Cup.

Hummel was a stalwart for Kentucky Men’s Soccer for the past four seasons, starting in nearly every single game since his freshman year. In total, Tanner played in 74 games (71 starts), totalling one goal and four assists during his collegiate career. Hummel spent the early part of the 2016 season in Reading, showing in the game day lineup once under Head Coach Stephen Hogan.

Orlando City B returns to play in 2019, after taking a hiatus during the 2018 season. Orlando City spent their 2016 and 2017 seasons at the USL level (now USL Championship), where they finished 19-23-20 during their two seasons.