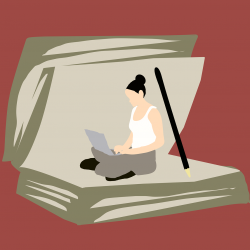 Women’s History Month will be recognized at the Wyomissing Public Library with three programs about women on March 12th, March 13th and March 30th, and a classic film on March 26th. All the programs, and the film, are free and open to the public.

On Tuesday, March 12th, local historian Brian C. Engelhardt will present “Women in Baseball” at 6 PM. Besides discussing the roles women played in the development of America’s pasttime in the 19th and 20th century, Engelhardt will focus specifically on Berks County women, in particular Lizzie Arlington, who played for the Reading Coal Heavers.

Hallie Vaughn, a former teacher, will offer a look at Berks County Women in History on Wednesday, March 13th at 6 PM. Ms. Vaughn has  been studying, speaking and writing about women in history since she was a teacher at Muhlenberg School District. A member of the Daughters of the American Revolution (DAR), she has been a guest blogger for Berks History Center and has taught Women’s History at Alvernia University’s Seniors College.

“Norma Rae,” the 1979 film about a Southern millworker who organizes her fellow workers to fight for better pay and better working conditions, will be shown on Tuesday, March 26th at 6 PM. The film stars Sally Field in the title role, for which she won an Academy Award as Best Actress.

The Wyomissing Public Library is located at 9 Reading Boulevard in Wyomissing. Registration is requested for the programs, and may be done by calling 610-374-2385, online at www.wyopublib.org, or at the circulation desk.