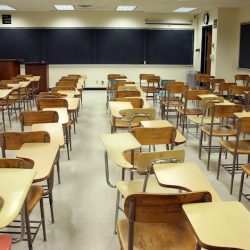 HARRISBURG, Pa. – Education advocates want the state to reconstitute the board that can overrule school district decisions about charter schools.

But the Charter School Appeals Board, or CAB, can overrule local school districts that reject a charter school application or renewal.

And according to Tomea Sippio-Smith, education policy director for Public Citizens for Children and Youth (PCCY), the board has one vacancy and five members appointed by former Gov. Tom Corbett who all are serving expired terms.

“PCCY is calling on a moratorium for all of these proceedings until CAB has members that are proposed by the governor and confirmed by the Senate,” Sippio-Smith states. “We think it should be a balanced slate of nominees who protect the interests of students and taxpayers.”

Other appointed boards in Pennsylvania also have members serving expired terms, but Sippio-Smith notes that, compared with other boards, the CAB has unparalleled powers.

Advocates maintain the fact that the currently serving members of the CAB are serving expired terms is only part of the problem. Sippio-Smith says the law that created the board is out of date.

“Ultimately, they’re deciding what local taxpayers and school boards should do with the funding that’s generated at that level, whether or not they want these entities to continue to operate,” she points out.

Sippio-Smith adds that with Pennsylvania’s level of state contribution to public education funding being among the lowest in the country, whether or not to direct funds to charter schools is a critical question for some districts.

“They’re facing the issue of whether to hire teachers, to keep staff or to cut arts and music programs to balance their budget but now they may have to approve a charter school that may not be performing very well,” she stresses.

PCCY has launched a petition campaign calling for a suspension of all CAB proceedings until a full slate of members has been nominated and approved.