From Albright College and Alvernia University 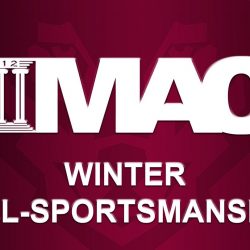 Student-athletes represent their team, institution and the conference with high integrity, and exhibit respect for themselves, teammates, coaches and opponents.

Below are the 98 student-athletes selected by their head coaches to the Winter All-MAC Sportsmanship Teams.