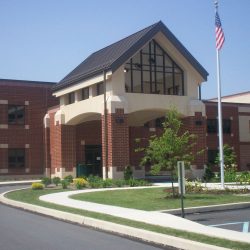 READING, PA – A new independent poll shows 63 percent of voters registered in Berks County want the county-owned nursing home retained by the government. Only 10 percent of voters favor selling it while 27 percent are undecided.

Interviews with 402 registered voters were conducted by Susquehanna Polling and Research, Inc. from March 4 to March 9. The margin of error for that sample size is +/-4.9 percent at a 95 percent confidence level.
Many voters (44 percent) indicated a willingness to pay more in taxes if it would mean the county government could retain the home known as Berks Heim. Almost the same amount (43 percent) said they aren’t willing to pay more in taxes, and 13 percent were undecided.

Those who want the county to retain Berks Heim said it’s a well-run facility and a safety net on which people can rely. Those who favored selling Berks Heim said they believed private industry or a nonprofit could manage the facility better than the government could.

Among respondents, only 23 percent said someone in their family had been cared for by Berks Heim or that they planned to one day seek services from the facility. The rest have not used or do not plan to use Berks Heim.
The poll found a relatively-high awareness of the debate over the fate of Berks Heim, with 66 percent of respondents reporting they had recently seen, read or heard something about the issue. Newspaper reports were the most popular source of information, with 45 percent of respondents saying they had learned of the issue that way.

Complete poll results are available at www.berksvitalsigns.org. The results may be used by the media in whole or in part but must contain a reference that it was conducted on behalf of Berks Vital Signs.

The independent poll was taken to see if there is a consensus among voters on the issue, said Monica Reyes, Health and Human Services Program Officer at Berks County Community Foundation.

“The future of Berks Heim is a major concern for many of our residents and we want to make sure their voices are heard as decisions are made,” Reyes added.

Berks Vital Signs provides information about our community that can be used to improve the local quality of life. The data sets at the website include a variety of ways to compare areas within the county, with surrounding counties, and with the state and nation. This site also serves as a repository for community research, making important reports and documents available in one location.