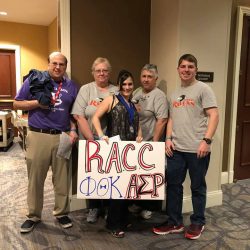 Reading, PA- Alpha Sigma Rho, Reading Area Community College’s Phi Theta Kappa (PTK) Chapter, attended the PTK Middle States Regional Convention in Harrisburg, Pennsylvania March 15-17. The Hallmark Awards, one of the major programs of PTK International, engages members to participate in activities which support the Society’s Hallmarks of Scholarship, Leadership, Service and Fellowship. Chapters submit reports on their work in several areas. These submissions are judged competitively and individuals, chapters and regions are recognized for their excellence in support of these hallmarks. Awards are given on both a regional and international level. The Middle States Region includes eighty chapters from Delaware, Maryland, New Jersey, Pennsylvania and D.C. 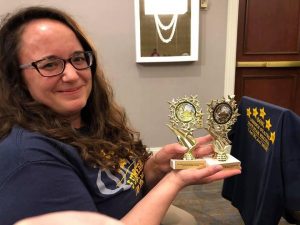 In addition to these chapter-based awards, the following individuals received awards: