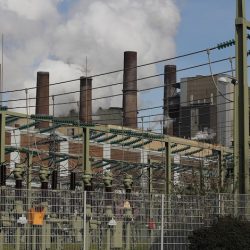 HARRISBURG, Pa. – Dozens of moms have lined up in the nation’s capital to speak out against an Environmental Protection Agency proposal to weaken regulations controlling toxic air pollution.

The Mercury and Air Toxics Standards set limits on a variety of pollutants from coal-fired power plants. The EPA has claimed that the cost to industry of complying with MATS far outweighs the benefits. However, experts have pointed out that most of the industry already has implemented the rules, and at lower cost than expected.

According to Patrice Tomcik, a project manager for Moms Clean Air Force, the MATS rules in Pennsylvania have reduced mercury pollution from the state’s 16 coal-fired power plants by 90 percent.

“Exposure to mercury is of particular concern for pregnant women, nursing mothers, young children,” she said, “because mercury is a toxic heavy metal that can cause brain damage and impaired learning and growth.”

The EPA itself estimates that, nationally, MATS prevents up to 11,000 premature deaths, 5,000 heart attacks and 130,000 asthma attacks each year. Despite those benefits, the EPA is proposing an official determination that regulating hazardous air pollutants from coal-fired power plants is no longer “appropriate and necessary.”

“My children’s lives are priceless,” she said, “and what I’m asking the EPA to do is to withdraw the proposal and keep these Mercury Air Toxics Standards fully implemented.”

She added that three-quarters of mercury pollution nationwide comes from coal-fired power plants.

Tomcik said there are two coal plants in her community, and she lives downwind from one of them.

“My youngest son has cancer, and I know his immune system is compromised,” she said. “So, because I can’t control the air that he breathes, I am depending on the EPA to do their job and protect him.”

The hearing in Washington was the only public hearing on the EPA proposal, but the agency is accepting public comments online through April 17 at epa.gov.