A Letter in Both Pockets: Leadership in War and Peace

by The Holleran Center at Alvernia University 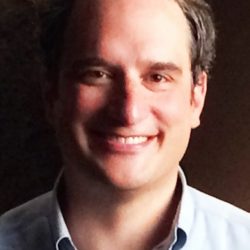 David Silbey is the associate director of the Cornell in Washington program and a senior lecturer at Cornell University. He teaches courses on European history, modern military history, guerilla conflicts, and the role of popular will in waging war. He formerly was an Assistant Professor in History at Alvernia University.

Silbey received his BA from Cornell and his Ph.D. from Duke University. His first book, The British Working Class and Enthusiasm for War, 1914-1916, was published by Taylor & Francis in 2005. His second book, A War of Empire and Frontier: The Philippine-American War, 1899-1902, was published by Hill & Wang in 2007. His latest book, The Boxer Rebellion and the Great Game in China, 1900, is forthcoming from Hill & Wang.