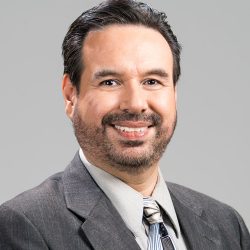 Olmos joins Centro Hispano from Asociación Puertorriqueños en Marcha (APM), where he held the role of Director of External Affairs and Special Projects. Mr. Rick Olmos has worked for in the public relations and marketing field for over twenty five years. Prior to joining APM, Olmos served as Director of Communications for E3 Alliance – Austin Community College District, overseeing all design and public relations for the Central Texas education non-profit.

Olmos has received two gold International MarCom Awards, two Addys while working for the Art Museum of South Texas and “Friend of the Arts” award from his volunteer work at Wynn Seale Academy of Fine Arts.

CEO Michael Toledo stated, “Olmos is an accomplished and seasoned senior executive with experience across a range of industries including external affairs, development and special event services. His skills will complement the existing Executive Team’s expertise. Olmos will help execute Centro Hispano’s growth strategy and will be responsible for the delivery of Centro’s strategic initiatives.

About Centro Hispano Daniel Torres
The mission of Centro Hispano is to support and enhance the acculturation of the Latino population in the Greater Reading area through collaborative initiatives designed to enable individuals to improve their quality of life and the quality of life in their communities. More information is available at centrohispano.org