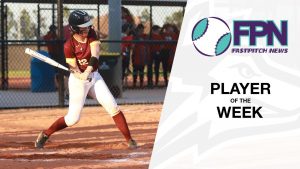 Lim, a junior shortstop, helped lead Alvernia to a 4-1-1 week, including MAC Commonwealth sweeps over Stevenson University and Messiah College. She impressed at the plate, going 10-for-15 (.667) with a 1.000 slugging percentage, three doubles and a triple. She finished the week with six RBIs and three runs. The week included a perfect 6-for-6 day at the plate against Stevenson University in a doubleheader sweep. She finished the week going 1-for-3 with an RBI triple in a win over Messiah in game two of the doubleheader. She has now reached base safely in 12 of her last 13 at-bats.

The MAC swept the Division III Player of the Week awards, with Brooke Mayle, a pitcher out of Misericordia University, earning the Pitcher of the Week honors.