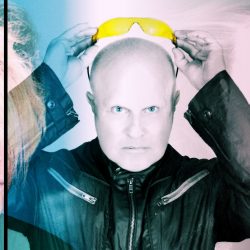 A Flock of Seagulls made musical history as one of the trailblazing bands during the ‘80s new wave era. With hit singles such as “I Ran” and “Wishing (If I Had a Photograph of You”), the group was started by Mike Score (lead vocals and keyboards) in 1980 in Liverpool, England. He was joined by his brother, Ali (drums), and Frank Mausley (bass), and guitarist Paul Reynolds was added a few months later.

Opening for A Flock of Seagulls will be local band Sloth Love Chunk, an ‘80s cover group.

The concert will be held in the 500 block of Penn Street between 5 and 9 p.m. The June 19 show will be preceded by the series opener on May 29 featuring fan favorite Go Go Gadjet and internationally acclaimed DJ duo Black Caviar.

A Flock of Seagulls signed a major label contract with Jive in 1981, and several hit singles were spawned from their first release in 1982. Not long thereafter, Mike and Ali Score decided to relocate their home base to Philadelphia. The band continued to release new music and perform live in the ensuing years, but eventually was whittled down to just Mike Score as an original member of the group.

The original lineup reunited in 2003 for a one-off performance on the VH1 series Bands Reunited, and reformed the next year for a brief tour in the United States. From 2004 to 2017, Mike Score toured the world with new members of the band. And in 2018, A Flock of Seagulls appeared on record together for the first time since 1984.
Berks County Community Foundation, which has been financially supporting the concert series since its inception in 2015, is providing major financial support from its Hawley and Myrtle Quier Fund. Berks County Convention Center Authority is another major sponsor. Additional sponsorships are available by contacting the Improvement District office at 610-376-6424.