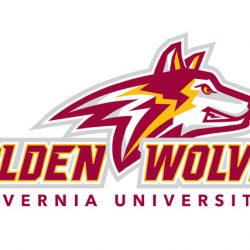 Reading, Pa. (Apr. 15, 2019) – Women’s Golf senior Emily Gilbert and Baseball senior Nathan Sides were named Alvernia Athletes of the Week for their performance during the week of April 8 – April 14. 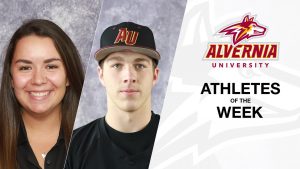 Both seniors earn the honor for the second consecutive week.

Sides batted .563 in a 3-1 week for Alvernia, including a 2-1 MAC Commonwealth series against Albright. Sides went 9-for-16 at the plate, with a double, triple, and a home run. He scored eight runs and drove in three more. He also went 2-2 in stolen base attempts. He handled 17 chances at shortstop without an error, while extending his hitting streak to 14 games. He has also now reached base in 23 consecutive games. Sides also leads all of NCAA Division III with 63 hits on the season, and has pulled within four hits of the Alvernia career record.