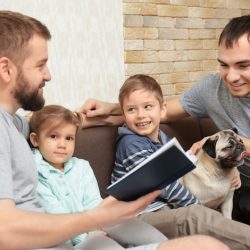 PHILADELPHIA – Religious beliefs don’t give government contractors a license to discriminate, according to a ruling by a federal appeals court.

Catholic Social Services in Philadelphia had claimed it has a constitutional right to use religious criteria to turn away qualified same-sex couples who wanted to open their homes to foster children.

The ACLU of Pennsylvania represented the Support Center for Child Advocates and Philadelphia Family Pride, which intervened in the case. According to ACLU senior staff attorney Molly Tack-Hooper, two courts now have agreed with their clients’ position.

“The city was acting in the public interest,” she said, “when it told Catholic Social Services that it had to comply with Philadelphia’s nondiscrimination ordinance and accept all qualified families as long as CSS is using taxpayer dollars to provide foster-care services.”

A number of individuals have claimed that requiring them to provide services to same-sex couples is a violation of their right to religious freedom. But Tack-Hooper pointed out that adherence to nondiscrimination law is required of all city contractors.

“The city isn’t telling CSS what it can do as part of its own ministry,” she said. “It is just not allowing taxpayer dollars to be used to discriminate and turn away qualified parents, who we desperately need.”

Tack-Hooper said nothing in the Constitution puts the religious beliefs of an agency ahead of the needs of the children in its care. Although the Third Circuit Court of Appeals in Philadelphia now has issued its ruling, she said Catholic Social Services still could pursue the case.

On Monday, the Supreme Court announced it will hear three cases on the use of the 1964 Civil Rights Act to prohibit discrimination against LGBT people in the workplace.

The ruling is online at aclu.org.