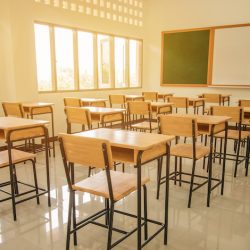 HARRISBURG, Pa. – Expanding tax credits for private-school tuition will benefit the rich at the expense of public education, according to public-school advocates in the Commonwealth.

Some critics have labeled the tax credit a “secret school tax,” because the funds to pay for the vouchers are diverted from the state budget. Susan Spicka, executive director of Education Voters of Pennsylvania, says House Bill 800 is far from revenue-neutral.

“This is prioritizing private-school tuition breaks, rather than putting $100 million into school safety, property-tax relief or additional resources for public schools,” says Spicka.

Proponents of the measure say it gives children in poverty increased educational opportunities, although the law prohibits collection of economic data to back up that claim.

Spicka points out that in the 2014 to 2015 school year, the tax credit benefited some of the most expensive private schools in the state.

“Twenty-three of the schools in Pennsylvania that have some of the highest tuition, that educate some of the most affluent children in the state,” says Spicka. “They got almost 10% of this funding.”

She notes the average tuition at those schools, concentrated in Philadelphia and Allegheny counties, is $32,000 a year.

Spicka adds that the $100 million increase would only be the beginning. The legislation includes a provision for automatic 10% increases every year, which would raise it to $544 million a year in ten years.

“We’ve spent a billion dollars on these vouchers since they were enacted years ago, and we have no idea if they have helped improve educational outcomes for students or if they’ve been wasted,” says Spicka.

The bill could come up for a vote in the House as early as this week.