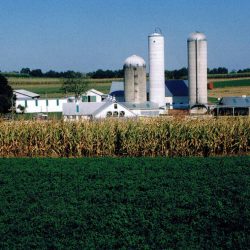 “The bills we are offering cover a wide range of issues that impact farmers,” Schwank said.  “The measures will not only help current farmers deal with industry issues and regulations but will spur urban agriculture and aid novice farmers as they deal with tax issues.”

Schwank, the Democratic chair of the Senate Agriculture and Rural Affairs Committee, has two bills in the package.  The first bill (Senate Bill 623) would establish the Pennsylvania Preferred Organic Program.  Pennsylvania is second among all states in organic sales.  The voluntary program would ensure that the PA Preferred trademark is applied across all production modes and encourages organic producers to meet federal standards.

“The legislation builds on Pennsylvania’s stature in organic farming, will enhance brand recognition and open new doors for marketing our products around the nation,” Schwank said.

Schwank’s second measure (Senate Bill 624) would exempt beginning farmers from paying the realty transfer tax on the purchase of a farm preserved under the Farmland Preservation Program.  Pennsylvania now has more than 5,500 farms involved the program.

“Our farmland preservation program is highly successful, yet in some areas new farmers are reluctant to purchase preserved land due to high land prices,” Schwank said.  “This bill helps remove a cost impediment and will be an incentive for beginning farmers to put more land under cultivation.”

The Northeast Philadelphia lawmaker’s bill (Senate Bill 622) would increase tax credits offered through the Resource Enhancement and Protection (REAP) Program for implementing best management practices to $3 million. The bill would also raise the lifetime cap to $250,000 from the current $150,000 per operation.

“For a relatively small costs, Pennsylvania will receive significant benefits.”

Urban agriculture would be boosted in the fourth bill (Senate Bill 627) in the package offered by Street.  Street, a North Philadelphia lawmaker who serves on the Agriculture and Rural Affairs Committee, is sponsoring a bill that would provide grants to improve agriculture and increase market opportunities.

The bill would offer grants for projects that focus on developing urban farms and market opportunities.  The program would reimburse urban farmers, market developers, aggregators and other projects involving resource sharing and community development for project costs.

“There are tremendous opportunities for urban farmers and those interested in developing agriculture in large cities because of sheer market concentration,” Street said.  “Those who live in cities need access to fresh foods and locally grown products.

“Small plots of ground can be cultivated, which can lead to the creation of locally-developed farm markets.”

Schwank said the governor should be applauded for bringing such a large and multi-faceted farm proposal to the General Assembly.  She said that the package’s approach not only aids producers but also meets market needs.

“Our agriculture industry has the potential for rapid growth if we make the kind of sweeping changes that are necessary to help future generations of farmers,” Schwank said.  “The PA Farm Bill addresses producer and market needs, combines innovation with investment and focuses on real solutions.”

Schwank, Sabatina and Street called for bipartisan support of the PA Farm Bill.  They said they are open to working with Republicans and the governor to ensure that key aspects of the plan are adopted prior to the General Assembly’s summer recess.

“There are many farming-related issues where we can build bipartisan support and move key legislation quickly,” Sabatina said.  “The bills offered by Senators Schwank, Street and I are realistic, commonsense measures that meet immediate needs.”

Street said he is encouraged that Democrats and Republicans in both the House and Senate have expressed interest in moving pieces of the PA Farm Bill.

“We can all get behind the effort to help farmers, producers and market developers access new business opportunities,” Street said.  “This strengthens farming overall and bolsters Pennsylvania’s economy.”

The senators said they expect the PA Farm Bill to be a high priority during budget deliberations.