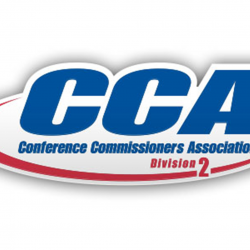 KUTZTOWN, Pa. — Sara Keeny, who set Kutztown University softball single-season records with 100 hits and a .518 batting average, has been selected as the 2019 Division II Conference Commissioner’s Association (CCA) Atlantic Region Player of the Year. Four Golden Bears were honored on the all-region teams in total, with Tamara Jennings joining Keeny on the First Team, and Cheyenne Jones and Jenna Lipowski being named to the Second Team. 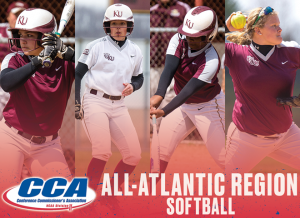 Keeny’s name is littered throughout KU’s record book for both single-season and career success. The senior outfielder from Warminster, Pennsylvania shattered former career-highs in most offensive categories this season on her way to one of the best hitting seasons in the program’s 44-year history. Prior to the start of the NCAA Division II Championship tournament, Keeny led the nation in hits (100), while ranking fifth in batting average (.518), seventh in total bases (132), ninth in on base percentage (.561), 10th in triples (seven) and 11th in stolen bases (45).

Keeny is a four-time All-PSAC East selection and a three-time NFCA All-Atlantic Region honoree. She was recently named 2019 PSAC East Athlete of the Year, supplementing her record-breaking batting average, hit and stolen base totals with 62 runs scored, 15 doubles, 29 RBIs, 23 walks, .684 slugging percentage and .955 fielding percentage in 56 games. Keeny is Kutztown’s career hits leader with 289 and holds a share of the program’s triples record with 14. She also ranks second in batting average (.440) and stolen bases (134), third in runs scored (172), fifth in total bases (348), seventh in walks (62) and eighth in at-bats (657).

Keeny is the fourth player in program history to earn D2CCA Atlantic Region Player of the Year honors, following Steph Denlinger (2007, 2009) and Ashley Fitzgerald (2008). She is the only Golden Bear among this year’s all-region selections that is a repeat selection after earning Second Team accolades in 2018.

Jennings enjoyed a breakout spring in her final season wearing Maroon and Gold. The Philadelphian established new career-highs in batting average (.416), hits (72), runs scored (50), doubles (13), triples (three), home runs (seven), RBIs (51), slugging percentage (.647), on base percentage (.458) and stolen bases (14). Jennings, who shared the outfield with Keeny, was an All-PSAC East for the first time in her career. She ranked second in the PSAC in hits, RBIs and runs scored at the conclusion of the conference tournament, and was top 10 in batting average, slugging percentage, at-bats and stolen bases.

Jones, a redshirt senior from Levittown, Pennsylvania, hit a career-best .353 with 61 hits, 12 doubles, three triples, six homers and 47 RBIs. In 55 games, the Golden Bears’ primary designated player also set new career marks in slugging percentage (.561), on base percentage (.367) and runs scored (22). Jones was a repeat All-PSAC East selection after ranking fifth in the league in RBIs and ninth in hits.

Lipowski increased her batting average by 90 points over her freshman year, finishing the 2019 season with a .369 average, 65 hits, 15 doubles, five home runs and 50 RBIs. The Nanticoke, Pennsylvania native matched Keeny for third in the PSAC in doubles, while ranking fourth in RBIs and tied for fifth in hits. Lipowski was one of four KU players to start and play in all 56 games. She made 48 of those starts at first base, where she also had a supurb season defensively with 215 putouts, 15 assists and a .996 fielding percentage to be named All-PSAC East for the first time.