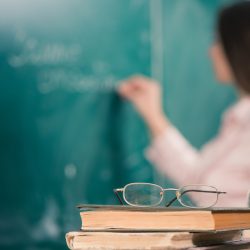 A new analysis from the Economic Policy Institute shows Pennsylvania teachers are paid an average of 13.5% less than similar college graduates in other fields.

According to Stephen Herzenberg, executive director of the Keystone Research Center, the minimum pay for teachers in the state hasn’t changed since 1988 when it was set at just $18,500 – about what a fast food worker makes today.

“Everybody deserves a living wage, including fast food workers,” Herzenberg stresses. “But by underpaying teachers, we’re not only hurting teachers, we’re hurting students, our education system and our state’s economy in the long run.”

In his 2019 budget address, Gov. Tom Wolf proposed raising the minimum teacher salary to $45,000 a year.

Education advocates are asking the General Assembly to include that raise in the state budget, which is due by June 30.

Many school districts in the state already pay their teachers $45,000 a year or more. But Herzenberg points out that more than 3,000 teachers still don’t make that much.

“The ones that don’t are often in rural areas and some cities, and the increase in pay would go to the places where the economy needs a boost,” he states. “So, this is good for teachers, good for students and good for local economies.”

Herzenberg adds there can be other consequences.

“Low teacher pay is why we’ve seen a wave of teacher strikes across the country,” he points out. “Too many teachers, including in Pennsylvania, now have to take two jobs to make ends meet. That’s not fair to teachers and it’s not fair to students.”

Herzenberg says raising the minimum pay to $45,000 a year would help attract and retain qualified teachers across the state.