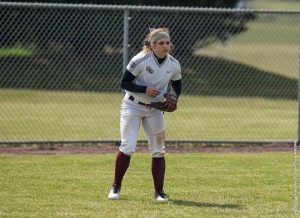 The NFCA trimmed its finalist list from 25 to 10 on May 14. Player & Pitcher of the Year winners will be announced on May 30.

Keeny received NFCA All-Atlantic Region honors last week for the fourth straight season, but was a First Team selection for the first time in her career. The Warminster, Pennsylvania native shattered former career-highs in most offensive categories this season on her way to one of the best hitting seasons in the program’s 44-year history. Prior to the start of the NCAA Division II Championship tournament, Keeny led the nation in hits (100), while ranking fifth in batting average (.518), seventh in total bases (132), ninth in on base percentage (.561), 10th in triples (seven) and 11th in stolen bases (45).

Keeny is a four-time All-PSAC East selection and a two-time D2CCA All-Atlantic Region honoree. She was recently named the 2019 PSAC East Athlete of the Year, supplementing her record-breaking batting average, hit and stolen base totals with 62 runs scored, 15 doubles, 29 RBIs, 23 walks, .684 slugging percentage and .955 fielding percentage in 56 games. Keeny is Kutztown’s career hits leader with 289 and holds a share of the program’s triples record with 14. She also ranks second in batting average (.440) and stolen bases (134), third in runs scored (172), fifth in total bases (348), seventh in walks (62) and eighth in at-bats (657).

Kutztown finished its season with a 36-20 overall record, the ninth-most wins in program history. They went 3-2 in the PSAC Tournament, defeating Edinboro, Bloomsburg and West Chester, and finished third.

The NFCA National Player & Pitcher of the Year awards were created in 2015 to honor the outstanding athletic achievement among softball student-athletes throughout Division II.