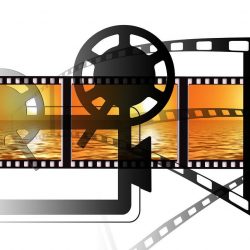 This year’s winners will be announced at the 11th annual College Sports Media Awards Ceremony on May 30, at the SVG College Summit in Atlanta hosted by Jen Lada, ESPN host and reporter. Representing a variety of college athletic departments, conference offices, professional networks, production companies and students, award finalists are named across four divisions in a total of 20 categories.

“In addition to the classes I took at Kutztown, I gained experience working with KUTV. I applied this experience to my internship with the Patriot League in order to create professional-level content. I am proud of the features and broadcasts I was able to produce. The successes of these endeavors have increased my confidence in my abilities, and I am honored to see that some of my work is nominated for these awards,” Biltcliff said.

Founded in 1986, the Patriot League’s mission is to promote opportunities for students to compete in Division I intercollegiate athletics programs within a context that holds paramount the high academic standards and integrity of member institutions, and the academic and personal growth of student-athletes.