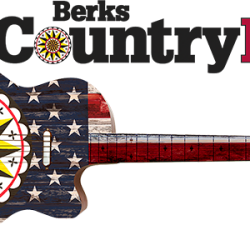 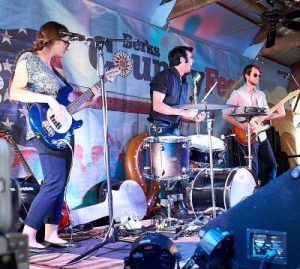 Reading, PA:  Pretzel City Productions, and BCTV are excited to announce the 2019 Rock-A-Billy Music and Dance Party, live starting at 5:30 pm on June 15th at the Evergreen Club. The concert will be televised on local cable channel BCTV and streaming online at www.bctv.org.

This Berks Country Fest event will feature rock-a-billy music on site at the beautiful Evergreen Club located at 415 Hartz Road, in Fleetwood.  Performers include Drew & the Blue, The Report, Little Lesley & The Bloodshots, and Lara Hope & The Arktones – all with sensational stage shows and tunes that will bring the crowd to the dance floor.

Dave Kline of Pretzel City Productions, and Heather Adams, Executive Director of BCTV have once again aligned their respective local media resources to bring this concert to homes across Berks County, by making it available live on BCTV’s local cable channel, and also streaming live online.

Kline commented, “Personally, I thrive on creative collaborations and by working together, the teams at BCTV and Berks Country Fest have ended up creating the county’s largest-ever live TV and radio simulcast broadcast of a Rock-A-Billy Music & Dance Party. It’s going to be a night to remember and it’s all about having fun!  Working together to make good and memorable things like this happen in our community is what it’s all about.  We’ll be able to share the excitement and music with those who cannot be with us live and those who will be with us can strut their stuff for the world to enjoy.  In a world so often burdened by troubling news, this happy thing is a win-win for everyone.”

“BCTV is thrilled to partner with Berks Country Fest once again to bring this cool live concert event into the homes of citizens across Berks County on television and online.  The coordination of efforts is really in the spirit of community, and I know Dave and I both feel very strongly about sharing the opportunity for everyone to experience musical performances,” said Adams.

Rock-A-Billy is one of the earliest styles of rock and roll, country and Americana music, dating back to the early 1950s in the United States. There was a close relationship between blues and country music from the very earliest country recordings in the 1920s. The term “rockabilly” itself is a portmanteau of “rock” (from “rock ‘n’ roll”) and “hillbilly”, the latter a reference to the country music (often called “hillbilly music” in the 1940s and 1950s) that contributed strongly to the style. Rockabilly has left a legacy, spawning a variety of sub-styles and influencing other genres such as punk rock and at the turn of the millennial in the year 2000 up until now, younger people in their 20s, right on up through the upper edge of the baby-boomer generation have gravitated to the music as a root style that is both entertaining to listen to and fantastic to dance to, especially with the resurgent swing and jitterbug styles.

Tickets for this event are $15 and can be purchased at Reading Eagle Company, weekdays 9 am to 5pm, 345 Penn Street, or at the gate on the evening of the event.

Food, adult beverages and soft drinks available for sale throughout the evening. Casual atmosphere. Come to have a great time! Rain or shine with free parking and space for several thousand people, including seats, picnic tables and a huge dance floor and stage under roof so rain will not affect the shows.

The music performances will be telecast live on BCTV (Comcast 15, Comcast Southern Berks 965, Service Electric 19) beginning at 5:30 p.m. on Saturday, June 15th, and will stream live on www.bctv.org.