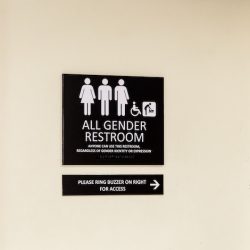 WASHINGTON – A decision by the U.S. Supreme Court is being hailed as a victory for transgender students in Pennsylvania and nationwide.

The nation’s highest court on Tuesday said it won’t hear the appeal of a case that upheld the Boyertown Area School District’s policy of allowing transgender students to use restrooms that match their gender. The 2016 policy was challenged by a group of students who claimed the presence of transgender students in restrooms and locker rooms is a form of sexual harassment. That argument was rejected by a federal District Court and the Third Circuit Court of Appeals.

“What this means is that school districts do have the legal ability to protect transgender student rights,” she said, “and we think, although it wasn’t an issue in this case, they have the obligation to do that.”

Roper noted that allowing the appeals court ruling to stand should have important implications for other cases around the country in which the equal rights of transgender people are being challenged.

“The important principle from this case is that it doesn’t hurt a cisgender person when you allow a transgender person to live according to their identity,” she said.

Efforts to roll back transgender rights on the federal level also are being challenged.

“Whatever the Trump administration says about federal policy,” she said, “they can’t stop a school district from doing the right thing.”

She added that because the district court ruling was based on a preliminary record, the plaintiffs still can go back to that court and ask for a full trial.

More information is online at aclu.org.