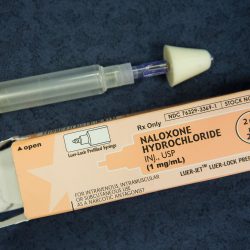 WYOMISSING – Dr. Jennifer Murphy gave a presentation of a research study that examined the general attitudes of police officers in the state of Pennsylvania toward people who use drug and the administration of Naloxone at the monthly meeting of the Berks Opioid Coalition at Alvernia University on May 3, 2019. 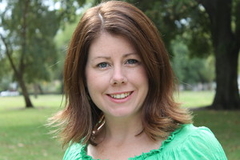 Murphy, Associate Professor and Program Coordinator for Criminal Justice at Penn State Berks, conducted the research study with Dr. Brenda Russell, Professor of Applied Psychology at Penn State Berks. For the study, they surveyed more than 600 police officers across Pennsylvania about their attitudes toward people who use drugs and the drug policies within their departments.

They found that police officers overall felt that they received adequate training on the administration of Naloxone (the overdose-reversing drug) and felt comfortable administering Naloxone. However, many police officers felt that the use of Naloxone could be an “excuse” for people to continue using drugs and that there should be a limit to how often someone receives it. They also reported ambivalence about the notion that drug addiction is a disease (about 50% did not think drug addiction was a disease). More than 50% also reported that “poor moral values” and “lack of willpower” were major factors that contribute to addiction.

“This research is important because police officers are often the first responders to an overdose call,” explains Murphy. “Because of this role, they could potentially serve as a positive referral source for people who overdose to enter drug treatment. However, if they hold stigmatizing attitudes toward these people, they will not likely encourage people to enter treatment and may lack empathy toward people with substance use disorders. Stigma is a major factor preventing people from accessing drug treatment.”

Murphy and Russell are continuing to analyze the survey data, examining possible differences in attitudes between counties.